Messiah of Evil is the kind of movie that results when ambition outweighs competency, when Hitchcockian suspense gets haphazardly gorilla-glued to a Night of the Living Dead-esque premise, and there is not enough money left in the film’s budget to shoot the intended climactic scenes because it had all been squandered on cans of red and blue paint, enough eerie pop art drawings to cover the walls of an entire house and a full 3 weeks of ocean footage.

The film follows Arletty, played by Mariana Hill, whose bland expressions give Kristen Stewart a run for her money. Her character goes to visit her painter father, whose recent letters have been filled with bizarre ramblings, in Point Dune. And in a search that lasts all of five minutes, she visits the town’s art gallery and meets up with a group of hotel-dwelling strangers led by the perpetual white suit-wearing Thom. After this initial effort, Arletty goes to the beach house where her father was staying and tries her best to find him by sitting in his chair, sleeping in his suspended plywood bed and occasionally flipping on all the lights in the house. She puts so much energy into staying in one small cubic area that she doesn’t even notice the strange rituals going on outside of the house.

Meanwhile, the citizens of Point Dune are all being turned into cannibal cultists, or zombies. We’re not really sure as this part of the plot is never actually specified. What follows is a series of scenes that combine all the excitement of looking for somebody with the comfort of lounging around in the house all day, finally culminating in a whole lot of slow-burning suspense that leads to nowhere and offers no payoff whatsoever.

Disclaimer: The "Explicit Content" warning is due to the film, which has been rated R for brief sideboob and occasional swearing. It is 1 hour and 29 minutes long (the movie, not the sideboob and swearing).

To view a second preview clip of our iRiff, click the following: 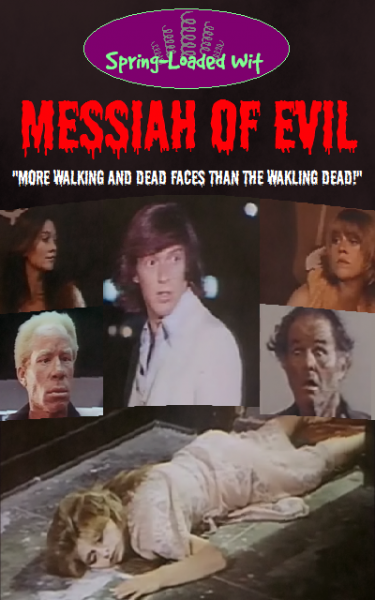