Every so often, Hollywood introduces an actor in a role that defines them so perfectly, it is near impossible to seperate one from the other: Leonard Nimoy as Spock, Harrison Ford as Indiana Jones, Tommy Wisseau as Johnny, to name just a few.  In 1984, Arnold Schwarzenegger joined the ranks when he played a robot covered in human skin, a role he was born to play.  The Terminator must travel back in time to kill Sarah Connor, a woman who is determined to beat him to the punch by any means necessary.  Meanwhile, Kyle Reese is sent by the human resistance to stop the Terminator (and inadvertantly Sarah) from killing her, in what turns out to be the strangest blind date of all.

Surprisingly, a movie about a robot and a soldier from the future fighting over a woman actually WASN'T a comedy, but SAPPTrax is determined to remedy that!  Join Matt and Marcel as they travel back to 1984, before James Cameron was king of the world, before Arnold Schwarzenegger was king of California, and the only village of blue people was The Smurfs. 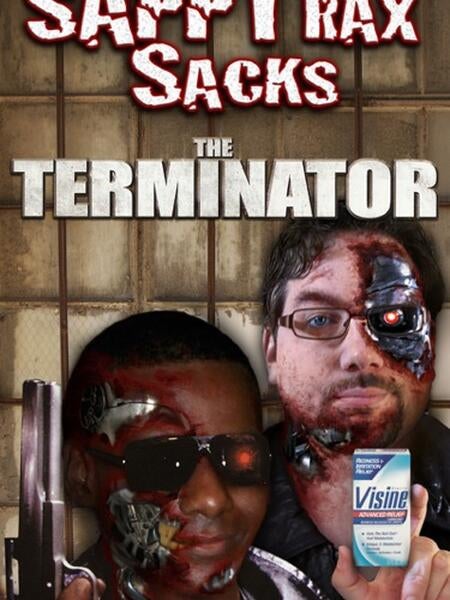