Once upon a time in the seventies, a science fiction movie arrived in theaters that redefined what movies could be.  It was exciting, magical, overwhelming!  That movie, of course, was Star Wars...then Paramount asked "What do we have that we can use to milk these sci-fi fans dry with?"

Thus Star Trek made its debut in film with Star Trek:  The Motion Picture, a story so big, so massive, so filled with endless repetitive and slow paced minature effects shots, that it took the big screen to hold it all.

Now if they'd put anything else worthwhile in the movie it might be remembered more fondly, but what the heck, that's what Star Trek II is for.

Now join Ronin Fox and his friend DraCCu for this riffing of the biggest false start to a major film franchise we may ever see.

(This riff uses the "Director's Edition" of the film.)

Check out our merchandise store. 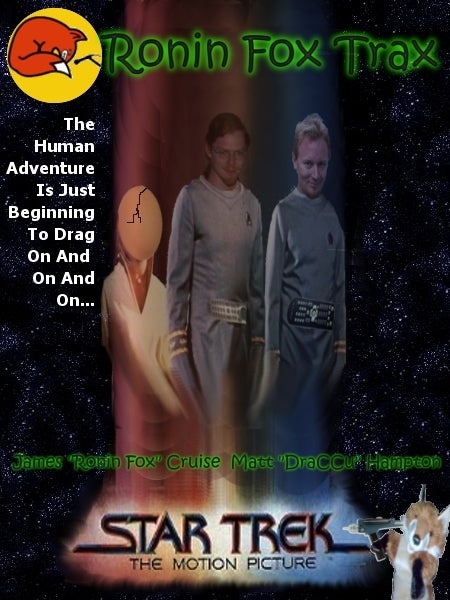