Staring Tom “Bane” Hardy, in a role that proves that no one cared who he was before he put on the mask.  He plays Shinzon, the evil clone of Jean Luc Picard, who needs to kill Picard to survive, but lets him live every time he gets him alone, then loses interest in order to kill everyone on Earth in order to take revenge on the Federation for the fact that the Romulans exploited his vampire-looking friends the Remans who no one had heard of before this movie.  (It's only a spoiler if it makes sense.)

There's also another Data-like android, that is used for evil.  You may think this is horribly unoriginal considering the numerous episodes of the TV series featuring Data's brother Lore, but you're wrong.  This is a totally different thing, because this android is an idiot.  See?  Original!

Join Ronin Fox and Vamperica as the Next Generation boldly goes to the point of no return, leaving Gene Roddenberry's legacy in the capable hands of Scott Bakula.  What could possibly go wrong?

Written and Performed by James and Erica Cruise.  Additional writing by Shane Tourtellotte of P.S. Productions. 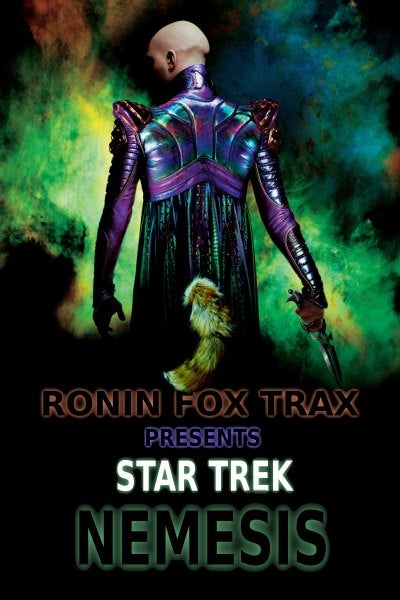