In 1989 a very special movie was completed.  A movie that strove to imitate the success of Superman while adapting a comic book with a darker more serious tone.  The filmmakers strove not to soften the image presented in the comics, but to deliver a bad-ass super hero that would surely launch a franchise of blockbusters.

That movie was, of course, The Punisher staring Dolph Lundgren.

Unfortunately for the man who was He-Man, the company went bankrupt and the movie's release was buried.  That left the door open for Batman to dominate theaters that summer.

Batman proved that you didn't have to bright and campy to depict the caped crusader.  Dark and campy works just fine.  See Micheal Keaton's eyebrows in one of thier finest performances.  See Jack Nicholson AS Jack Nicholson.  Hear Kim Basinger scream until your brain implodes and leaks out your ears.  Finally, see the reason Tim Burton still gets the opportunity to remake and reboot stuff, even after Planet of the Apes.

Join Ronin Fox and Vamperica on a trip back to when Christian Bale hadn't even delivered a newspaper yet by watching one of the Tim Burtonist comic book movies of all time. 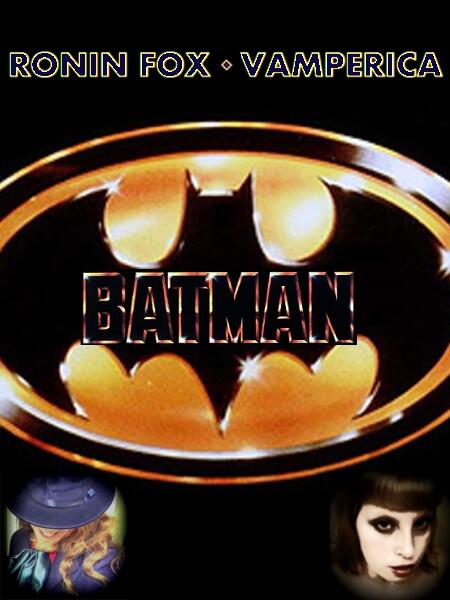