Freddy Krueger.  Murderer.  Demon.  Monster.  Babysitter?  In the fifth installment of A Nightmare on Elm Street, Freddy shifts his focus to a younger target...much much younger...in fact fetal.  The teenagers of Springwood start dropping like flies again, all being sucked into the dreams of an unborn baby who's sure to be the first kid ever to need therepy in-utero.

Join Alice along with her crew of useless hangers on (honestly, can't we get good quality victims like The Wizard Master anymore?) as she steps up as the first protagonist to face down Freddy in the final battle in two consecutive movies!  That's got to count for something, right?

Featuring less death, less fear, and more blatent theft than previous Nightmare films, The Dream Child suffers the wrath of Ronin Fox and Vamperica as it limps across the finish line to complete the (numbered) series.

Round five of Freddy vs. Ronin.  And yes, there is still more to come.  (Spin-offs and crossovers and remakes, you are not safe!) 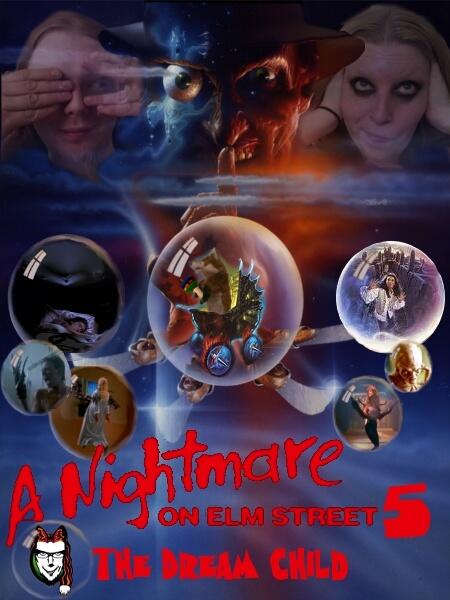