RiffRoll Productions: Harry Potter and the Goblet of Fire

RiffRoll Productions: Harry Potter and the Goblet of Fire

With this being the fourth film in the Harry Potter series, you may be thinking "What could this movie possibly feature that the previous films did not?" Well, if that's the case, YOU don't know your Harry Potter! It features something the previous installments completely lacked: an angry and overly aggressive headmaster who's practically a polar opposite of his literary counterpart!

In addition, we have a new pants-crapping insane Defense Against the Dark Arts teacher, the guy from Twilight (speaking in his native BRITISH, no less!), more child endangerment than you can shake a stick at, and best of all: NO QUIDDITCH!

Come join us as we quip and wisecrack our way through it all in our inaugural riff. 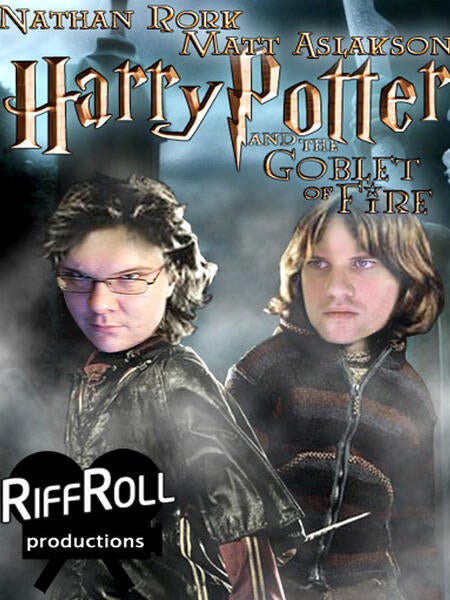