Some would say Nicholas Cage was at the top of his game by doing 2014's  "Rage". Others would say its a cheap knock off of better movies, or that its actually pretty terrible. We'd loop the movie in the second category, its terrible. Join Melanie and Justin for their 2nd official riff of this 2014 Crime Drama (Comedy?) staring Nicholas Cage and Danny Glover's dentures. Will Nicholas Cage's forgettable McGuire (Jerry) character find out who killed his daughter? Does this movie have something to do with Russians? Is the script really that bad and does the film have horrible camera work? Listen to find out!

We apologize if you can hear the movie in the background, we're new at this and our equipment will eventually get better. But hey, it helps sync it up anyway. We will tell you how we are watching it, and when it starts on our end, all you have to do is sync it up and sit back for a terrible riff of a terrible movie! 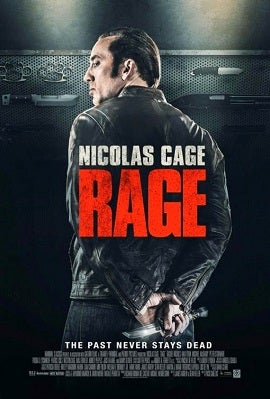