The year is 1899. The Industrial Revolution has transformed nations into superpowers, which share an uneasy truce. World war looms. Also, the following are real: Rolls-Royces, heat-seaking missiles, and every work of fiction ever covered by Cliffs Notes.

Sir Sean "Should've quit while he was ahead" Connery, that chick from La Femme Nikita, and some other guys star in the League of Extraordinary Gentlemen, 20th Century Fox's 21st century bastardization of the 19th.

Luckily, we have assembled a unique team of individuals to combat this threat: Chris Hanel, Dave "Danuuc" Atwater, and Todd Gutknecht (in full Sean Connery mode). Armed with jokes written by the best fans this century has to offer, Riff Raff Theater is ready to tear the Gilded Age a new one! 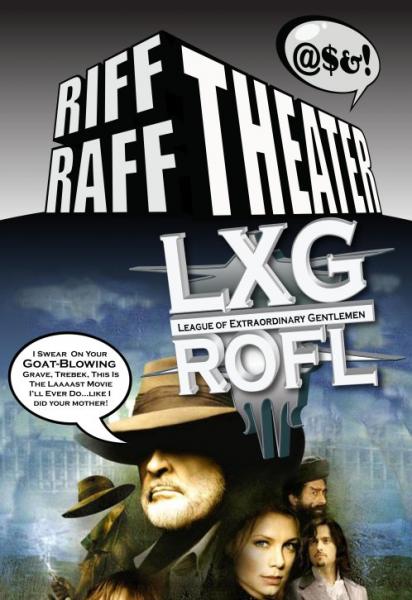