Get Ready... to rush out of the Cineplex! Sure, 1993 was a more innocent time. The world wasn't burdened with the knowledge of horrible things like reality television, the Backstreet Boys, Enron loopholes, or Star Wars prequels. So it comes as no shock that such a naive world could be snookered into thinking that a bus could actually fly. Now, in a more cynical age, Chris, Todd, and Danuuc have stepped forward to point out the elephant in the room... which happens to actually be an exploding hunk of public transportation. Through Riff Raff Theater's unique writing process of crowdsourced comedy, anyone who wants to can participate in the riffing! Earn free copies of riffs and other great prizes by joining our writing team! Find out what they're terrorizing next at www.riffrafftheater.com! 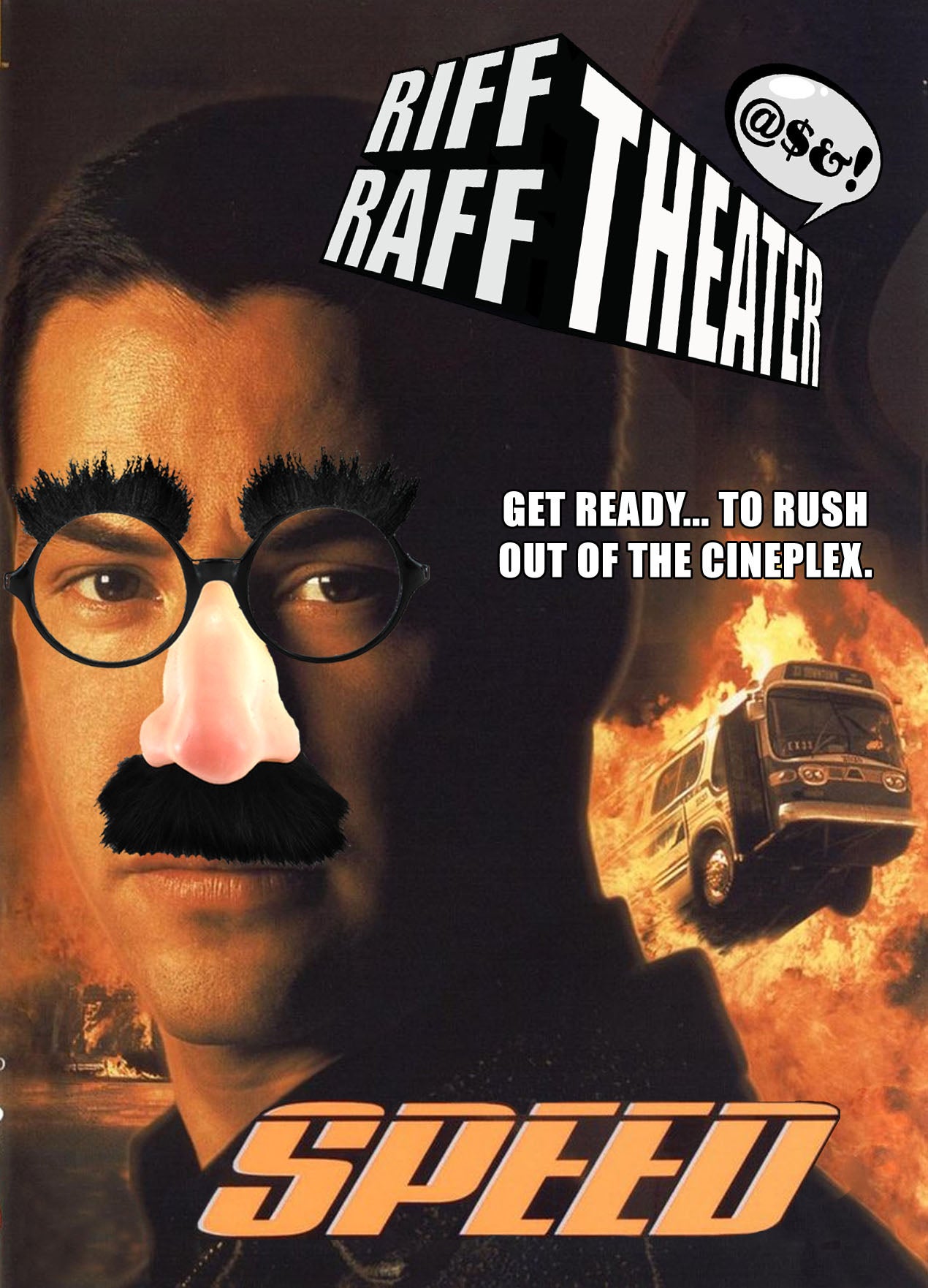