Return of Chandu Chapter 12 - One Man Band and OneWallCinema Crossover

Return of Chandu Chapter 12 - One Man Band and OneWallCinema Crossover

It's here!  All the questions will be answered!  All the answers will be questioned!  Will Chandu succeed in rescuing the princess before she is sacrificed to the Lemurian god Ubasti (who looks like Mrs. Thompson's 3rd grade class entry to the Macy's Thanksgiving Parade)?  Will the evil headquarters explode for no apparent reason?  Will Bela Lugosi realize this is his one shot at playing a good guy?    Does anyone else agree the guy in the hat is way better at his job than everyone else who has shown up in this whole serial?

The ending turned out to be far too much for one man to handle alone, and so the One Man Band and one of the guys from OneWallCinema teamed up to take one of the most silly and one note serials ever to grace the silver screen (Was that enough ones?  Here's a few more...one one one one one).  Watch along and learn:

- The terrifying origins of "SLEEP!"

- Things such as character location and geographical connectivity mean nothing where Chandu is concerned!

- That we have no shame when it comes to shouting "BLUH!"

- Why there are a lot of cat cults, but not many dog cults!

Well, even if nobody actually learns anything, at least this thing is over.  Now you can go back to watching real stuff on TV, like normal people.

NOTE: Contains some mild language and rude humor, most of which is far less offensive than the portrayal of "savages" in this 1930s serial. 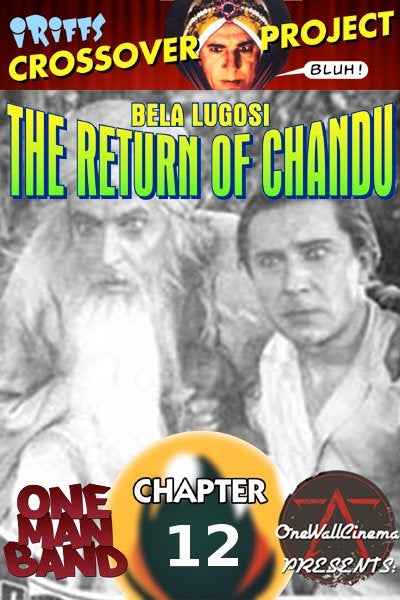