Rabbit Ears: Zontar the Thing from the Garage Sale

Rabbit Ears: Zontar the Thing from the Garage Sale

A mysterious robot arrives at the apartment, and the gang attempt to get to it's origin while watching "Zontar: The Thing from Venus." Although a captivating movie from 1966 about alien invaders, the gang are constantly distracted by a new roommate, Prospector Pete, who has decided to move in. And speaking of "captivating," Duffy has been abducted by terrorists.

With it's profound plot rip off of "It Conquered the World,"  Zontar the Thing from Venus tells the tale of two scientists and how their life choices lead them to---oh forget it.  There's some weird bat creature that resembles Count Chocula living in a cave and we were just happy that it was in color. 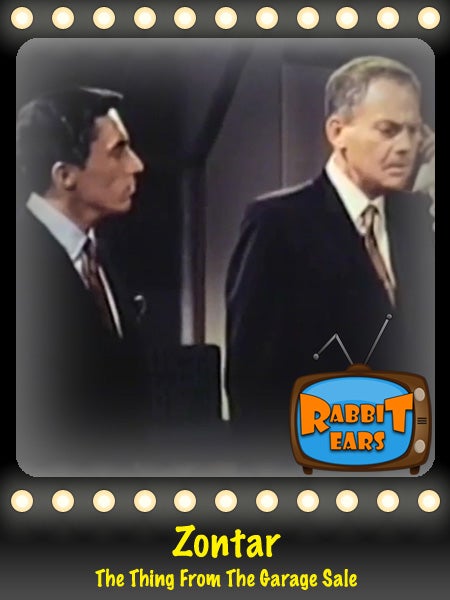