A homemaker in the 1950s often found herself tortured by the pressures of the era.  Would her children be seduced by the temptations of motorcycle gangs and that awful Rock 'n Roll music?  Were there really communists deep under cover in the PTA?  And worst of all...would a snarky voiceover steal an entire room of the house as an early infomercial for kitchen renovation?

Our protagonist finds herself in this very situation: Her Kitchen abducted, held ransom until she can complete a remodeling visionquest, searching for the kitchen she has carried in her heart for her entire life.  In the end, she realizes that she is powerless in the face of cabinet arrangement, and only the guiding force of corporate-sponsored consumerism propaganda can save her from an eternity of single-sinked oblivion.

She also sleeps with a shoe in one hand.  I have no idea what to do with that. 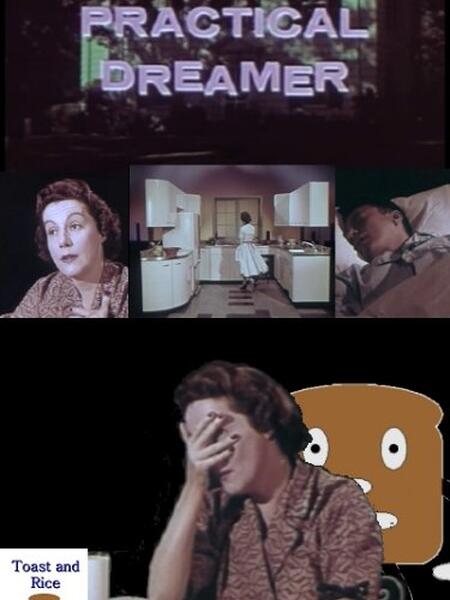