You know the story: boy meets ape; boy gets ape; boy loses planet.  In this remake of the 1968 film, Marky Mark Wahlberg (sans Funky Bunch) must defeat the ape army before the cast smothers to death beneath Rick Baker's cumbersome facial appliances.  In a story as loosely based on Pierre Boulle's novel as Spongebob is on The Epic of Gilgamesh, Tim Roth plays the role of a sugary Christmas ham that snarls and scowls endlessly while Helena Bonham Carter and Paul Giamatti struggle to maintain their dignity beneath several pounds of vulcanized rubber. All fail.

Nevertheless, Hollywood, in its insatiable drive to revive cinematic classics, slop a fresh coat of  CGI on them, and sell them as new, brought in blunderkind director Tim Burton to sprinkle his dark whimsy on this simian corpse.  The result is a shinier, noisier monkey movie that asks the musical question, "If Mark Wahlberg crash landed on a planet populated with intelligent apes, would anyone notice?"

This track only works with the original theatical version of the film. 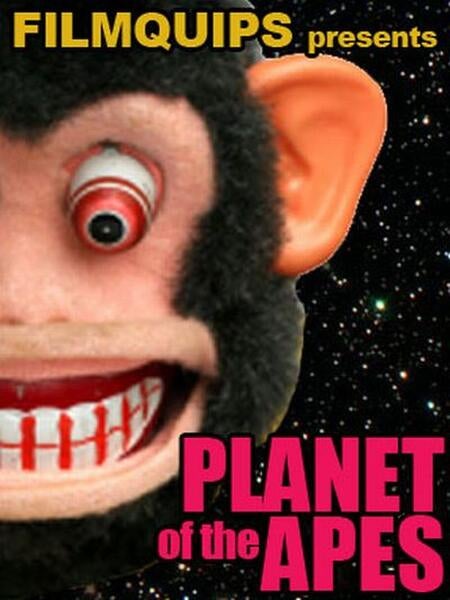