The Phantom Reviewer (www.youtube.com/PhantomReviews/) and his protegee Biskuits take a journey into the deepest pits of Phantom movie hell to endure the worst movie version of Phantom of the Opera that has ever been made...

Can you endure the horror of the psychic rats, midget ratcatchers and exploding perverts?

NOTE - This is an improvised riff on the NTSC version of the Dario Argento version of the Phantom of the Opera starring Julian Sands.  It was done over Skype so apologies for any occasional audio glitches!  Every attempt has been made to ensure the file syncs with the NTSC version, a PAL edition will be coming soon.

This IRiff is aimed at fans of Phantom Reviews and Phantom of the Opera movies in general, not for fans of Dario Argentos other excellent work. 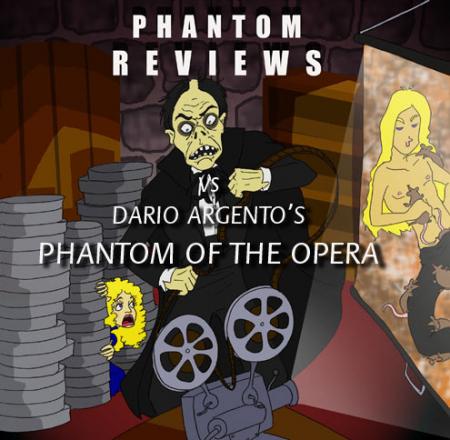