In an ephemeral film that might be considered ahead of its time in 1954 (but hilariously dated in 2009), personality and emotions in human beings are not only grudgingly acknowledged - they are embraced and studied. And this is during an era when Randle Patrick McMurphy would have been given a lobotomy twice over!

Save your Lithium and Zoloft for later - learn (and laugh) with (at) a previous incarnation of the Olsen twins who learns she must LOVE Little Brother, an "animation" that quite possibly influenced the creators of Clutch Cargo, more disturbed toddlers than you ever wanted to see at one time, and teenage boys who always seem to be just plain ol' up to no good. You'll laugh, you'll cry.. but hopefully, you'll mostly just laugh. 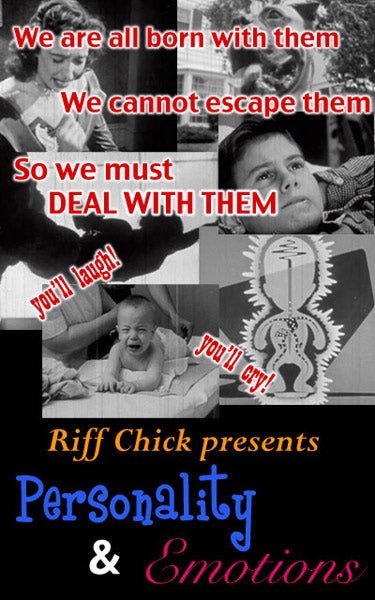