In ages past the world was a hostile place where mankind eked out an existence in constant fear of giant birds and monstrous shag-carpet elephants. But among these troglodytes arose a man whose destiny would lead him to unite the various tribes, tame the hordes of furry beasts, and establish a new way of life among his people. That man was Jim Henson, and this unfortunately is not his story. Instead, Ominous Projects invites you to join us for a commentary that makes watching 10,000 BC marginally less painful. 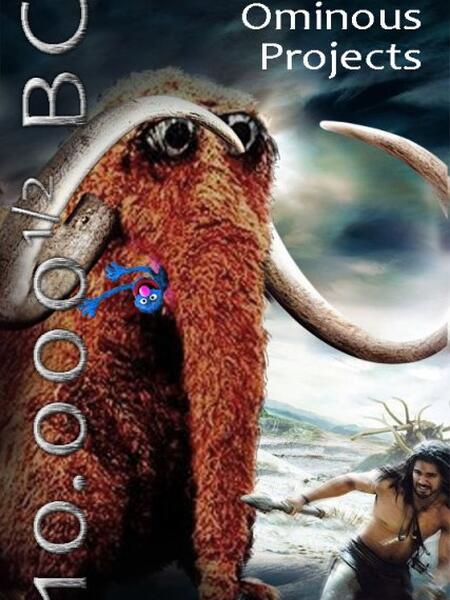