From a kinder, gentler time when everybody wore their underpants outside of their clothes comes Max Fleischer's Superman! This cartoon short has everything you expect from a modern Superman, minus Daddy issues, the deaths of thousands of innocent bystanders, and a hero who can't figure his way out of just killing the bad guy. Other than that, nothing has changed! Thrill as mild-mannered (and suspiciously bulky) Clark Kent saves intrepid reporter Lois Lane from the clutches of a mad scientist and his pet bird (on loan from a particularly annoying Heckle and Jeckle cartoon). That's right, it's Superman vs. Avian action, the way you demanded it! This short, the first of the famous Max Fleischer Superman cartoons, may be free of the casual racism of later shorts, but it makes up for it with a stunning lack of stakes, a predictable outcome, and a scene where a bird walks down a flight of stairs. Yes, this is what passed for action in 1941! Join Alan and Rob from Oh, the Humanity! as they take on the most public domainiest of Superman epics in search of truthiness, justicity, and other phrases that will keep the lawyers as far aways as possible.

It may not be a bird, it's definitely not a plane, but, hey, it costs less than a buck and has people making fun of Superman, so download today! 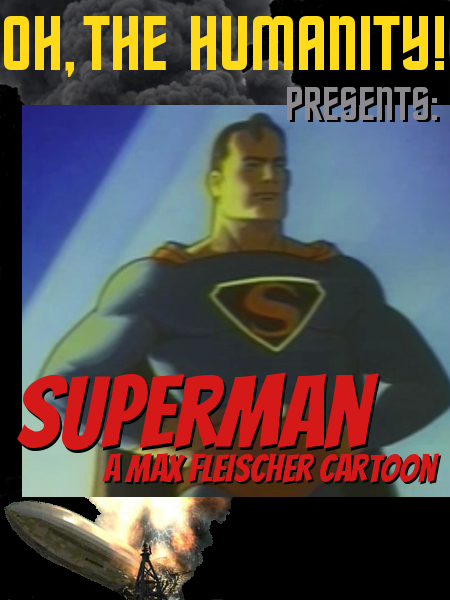