Netriffs by Sid and Shadow: Atlantis The Lost Empire

Netriffs by Sid and Shadow: Atlantis The Lost Empire

A new series of Riffs by Sid and Shadow. We sell riffs for movies that are available for streaming on Netflix, to make it easier than ever for you to enjoy our riffs.

And to start, we're riffing Disney's Atlantis The Lost Empire. A little movie that began the death of Disney's Traditional Animated arm.

Join us for an "exciting" movie with a submarine that almost has as much screen time as Darth Vader in Episode III.

Marvel at a Civiliation that speaks their own language, yet can't read it. 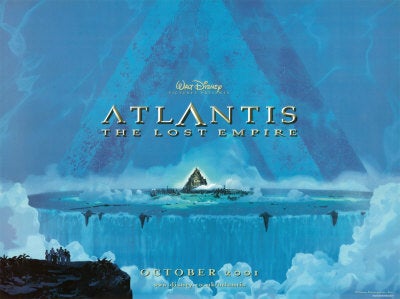