Peter Graves stars in Killers From Space a sci fi thriller about an alien invasion. The title of the film is somewhat misleading in that the aliens only kill one man and his death could be considered an accident. The movie also features a  bunch of stock footage of atomic explosions,lizards,spiders,and I think a cockroach. The rest is Peter Graves having a nervous breakdown while  everybody suspects him of being traitorous pinko commie. 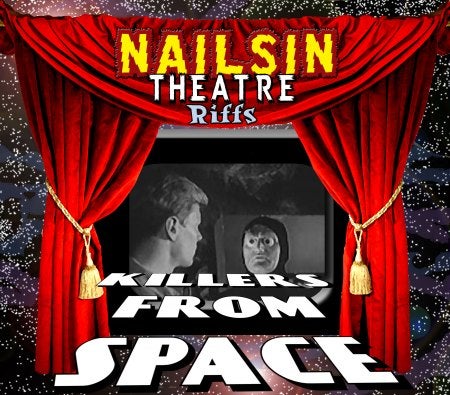