Here's the movie that inspired Night Of The Living Dead--The Last Man On Earth! Vincent Price stars as the only uninfected man from a plague that has turned humanity into a race of undead vampires. Well they don't drink blood --they don't turn into bats--sunlight bothers them but doesn't kill them and they have reflections but they don't like looking at them--but they do come back from the dead so there's that. Anyway despite being slow clumsy and mostly harmless Price finds them annoying enough to kill them. After a day of killing he goes home gets drunk while watching home movies and crying himself asleep to jazz records.

Also as a bonus to this deal you get Chapter One of Flash Gordon: Space Soldiers Conquer The Universe! Flash  tries to stop Ming's spaceships from pissing all over the earth.

At the beginning of this film there is a brief trailer for my riff on Green Hornet Chapter Two. 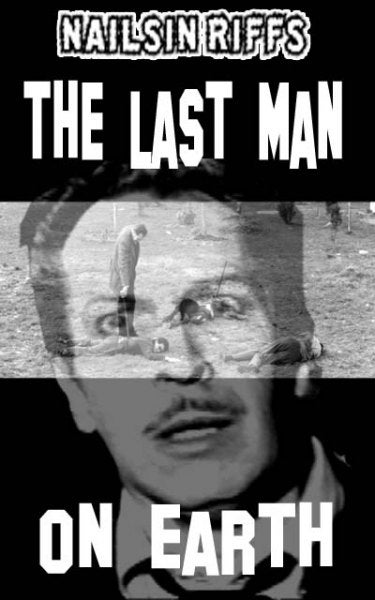