Night Of The Living Dead is one of the great grandaddys of zombie apocalypse movies. However the dead in this film aren't called zombies but ghouls which is odd because ghouls eat the dead not the living. To be even more of an annoying nitpicker zombies aren't dead and they don't eat people. Zombies were slaves to voodoo witch doctors.

None of this is relevant as it's just a movie.

In order to lighten the mood I've added sit-com laugh tracks,cartoon sound effects and my own smart-ass commentary throughout this film. 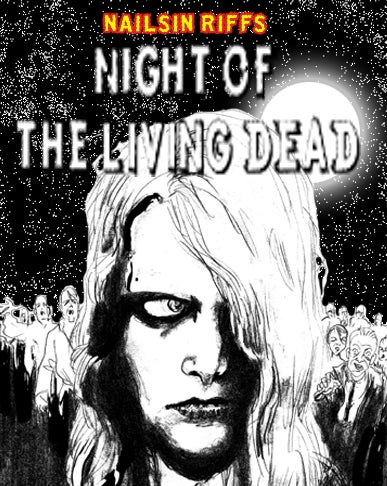