A terrible force is growing in the deserts of New Mexico. Man’s ancient enemy grows stronger and more powerful with each passing day. Their numbers grow as we live our complacent, happy lives. All the while they plot against us, drawing strength from our own atomic weapons. Of course I can mean only one enemy. The foulest of the foul, the lowest of the low, humanity’s greatest threat, THEM! Yes, giant ants! Join Ben, Bob, Pam, Kibbie, and the old guy as they do battle with these carnivorous carapacers from hell! Seriously, it takes place in New Mexico. It’s a fight for survival and an epic struggle as only doughy middle-aged people of the 1950’s can provide! It’s one of the most exciting ramblings of an old scientist you’ve ever seen! It’s the film that started the whole mutated monster thing! It’s the next iriff from Mr.B.Natural! It’s not a VOD and its runtime is about 1:33:00! 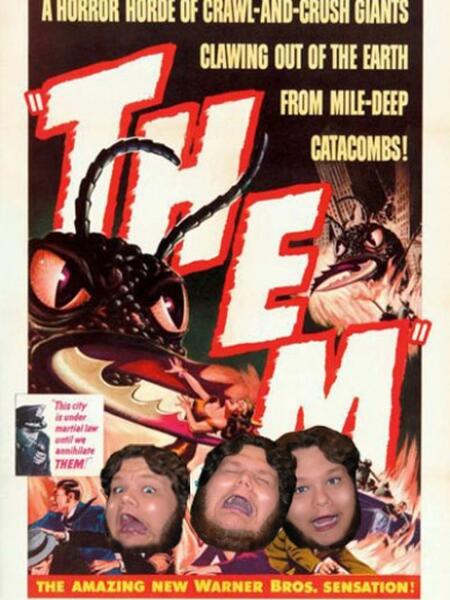