Mocktails presents our very first iRiff, The Lost World. The first Jurassic Park film was a terrifying thrill ride full of groundbreaking special effects. The sequel has, um, gymnastics and more bald men than a sports bar. It also has stuttering...lots and lots and lots of stuttering. Come join us as we discover the real villain of the film, puzzle over the fate of the ship's crew, and bask in the aura of The Goldblum.

Being longtime fans of Rifftrax (and MST3K), we made a traditional-style riff. In addtion to the movie, check out the bonus clip at http://www.metacafe.com/watch/8473427/redneck_raptor_rampage/ (Redneck Raptor Rampage: Jurassic Park meets Deliverance). And feel free to leave us feedback on the iRiff.

The audio file is compatible with the Rifftrax Player, but the timing was set according to the DVD in the trilogy set. The standalone DVD and Blu-Ray movies may have different timing. 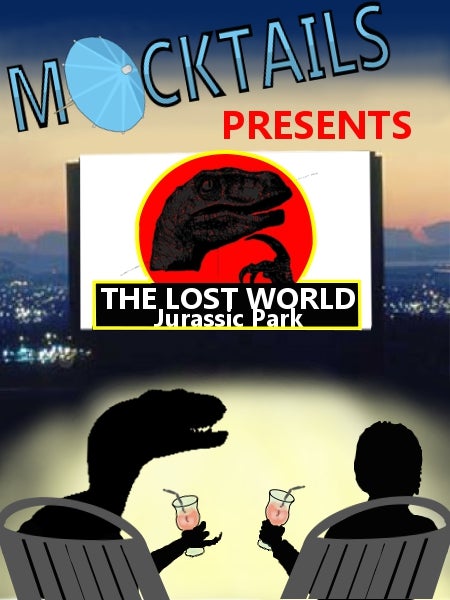