Before they warned us about the dangers of hip-hop music, but after they cautioned us against the horror of rock and roll, they (and just who is "they", anyway?) told us to STAY THE HECK AWAY FROM ROLEPLAYING GAMES!

The movie is Mazes and Monsters, an amazing piece of cinematic garbage from the 80's that launched the career of none other than Tom "Life Is Like A Box o'Chocolates" Hanks! Mazes and Monsters chronicles the university life of a young lad named Robbie Wheeling and his steady descent into madness because of his participation in a Live Action Roleplaying game (that's LARPing, to you non-geeks...of which there are few, I'm sure). Watch as characters wander aimlessly through caverns! Thrill as they drive and park cars, again and again! Act confused by Chris Makepeace's inexplicable choice of headwear! All this and more awaits you when you watch Mazes and Monsters...in RIFF-O-RAMA! 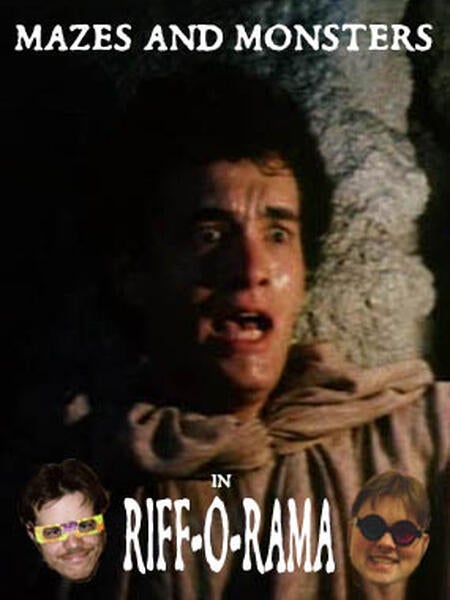