Ah, the 80's. A time of conservative overindulgence and parental responsibility. Back in those heady days of our youth, we only had 3 things to fear: the Russians, the Decepticons, and "those Satanic role-playing games."

A clarion call for negligent blame-seeking parents everywhere, "Mazes and Monsters" (1982) was Rona Jaffe's attempt to cash in on the sensationalism behind the James Dallas Egbert III case - you know, the one that Patricia Pulling made so famous as an "expert witness" to the demonic influence of Dungeons & Dragons? Out of the cast of nobodies that starred in this made-for-after-school-TV masterplop, one shining Bosom Buddy emerged relatively unscathed: Tom Freakin' Hanks. Though to this day he continues to conveniently omit this unsightly little springboard (check his Wikipedia entry - it's not there), the Head Games Podcast crew managed to dig it up out of the dollar store bargain bin and give it the sarcasmoblasting it so achingly deserves.

As sheepish protagonist Robbie Wheeling (Hanks) reboots his college career at the prestigious Grant University, he is blindsided as a multi-helmed impish geek of a manboy (Chris Makepeace) recruits him into a sinister cult of stupidly-themed parties, crappy cosplay, and spelunking (?). Could Robbie's alcohol-soaked family issues, plastic-as-all-hell Daniel (David Wallace) or nerd-sex-fiend Kate (Wendy Crewson) be the cause of his vastly overbudgeted and overacted psychoses? Of course not, it's all the Devil's work! Don't believe us? Just watch, listen, and learn.

NOTE: In accordance with RiffTrax policy, be aware that this iRiff contains content that is more explicit than the feature itself....but not really. A couple of mild expletives here and there, typical PG-13 adult humor, and a REALLY EXPLICIT impression of David Mamet (censored, of course). Slightly higher in Canada. 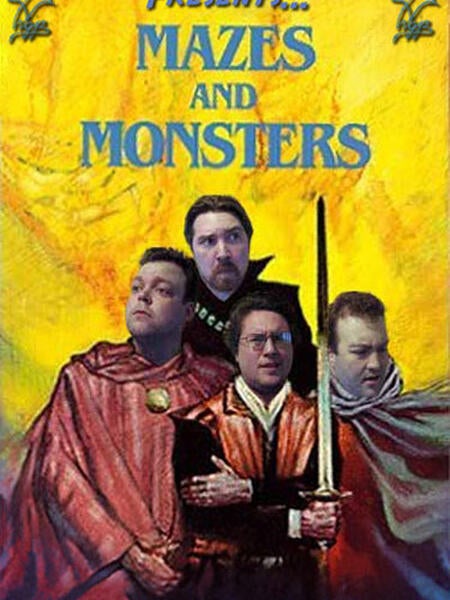