There are unnecessary sequels, and then there's 2008's "Lost Boys 2: The Tribe." This pile of straight-to-DVD suck stars Angus Sutherland -- himself an unnecessary sequel to his more talented brother, Kiefer -- as the head of an idiotic pod of vampire skateboarding tuffs. When Angus tries to recruit an international skating star (sort of like Bam margera without the talent, wit or charm) and his scrawny sister into their hellish rituals of wasting time and acting like jackasses, only Corey Feldman can save the day with a performance matched in nuance only by John Travolta's triumph in "Battlefied Earth." Join Beth Ann Lewinski and Nick Firer for "Lost Boys 2: The Tribe" -- because they don't like to cry alone. 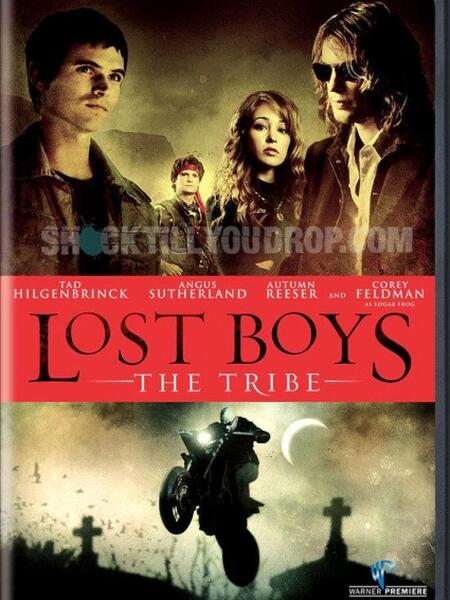