Little Audrey in The Lost Dream

Little Audrey in The Lost Dream

Ah, dreams. What are those fascinating yet seemingly incomprehensible phenomena that occur during REM sleep? According to C.G. Jung, they are where mythic, archetypal images and ideas erupt from the collective unconscious into our own consciousness. According to Joseph Campbell, they are our "private myths". According to Freud, they are repressed sexual desire made manifest (like pretty much everything else according to him, anyway). According to Neil Gaiman's Sandman series, it's simultaneously a kind of place and a personified idea who has little to no redeemable aspects whatsoever.

According to this cartoon, however, it's apparently some place where little elf-Casper-ghost-dream-things manufacture people's dreams (broken ones included, apparently, for some odd reason I can't explain) which is ruled over by an old, fat and jolly Sandman (who, evidently, is far more forgiving and thus more likable than Gaiman's otherwise brash and self-centered Sandman).

So, anyway, enjoy my riffing of Little Audrey in: The Lost Dream. 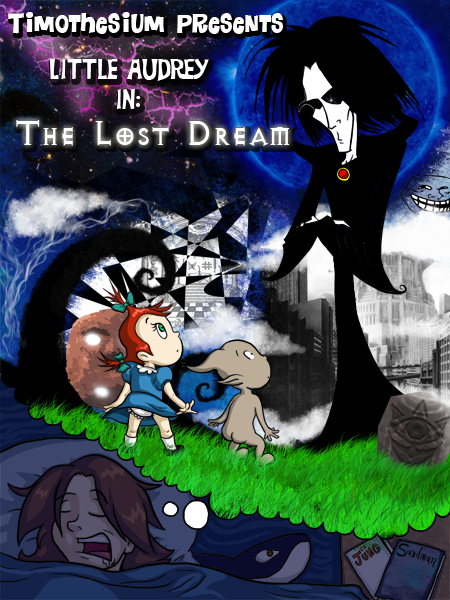