Ah, the 1950s… a decade flush with grey people living a happy, grey existence. A time when the average consumer was apparently too stupid to perform common tasks... like sandwich building... without instructional films from the military-industrial complex.

Concerned that the dullards in their customer base couldn't feed themselves properly, the gas companies released this short subject about the basic mechanics of open-faced sandwiches.

For this food drill, the producers select the home of the Gascos (Strictly a screen pseudonym... the family is actually named the Gassycolons). The job of compiling the sandwich falls on the winsome shoulders of the daughter Sally while Mother busies herself with knives and butter. Meanwhile, the sons take refuge inside a washroom somewhere to gorge themselves on fast food.

In a shameless ploy to make this film slightly more fit for human consumption, BEMaven has peppered it liberally with his own bon mots. The resulting concoction is guaranteed to be colorless, odorless, and tasteless. 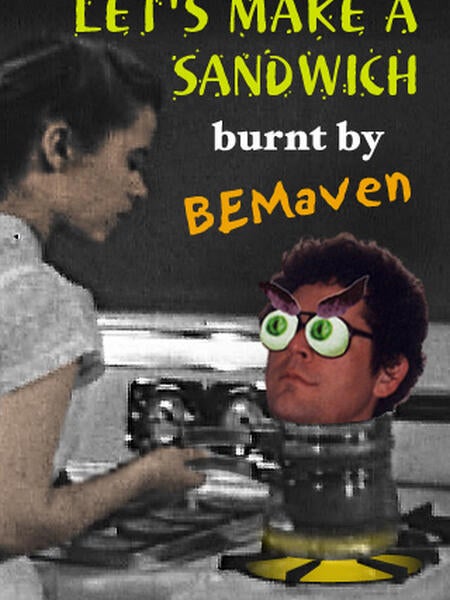