Follow the adventures of Michael Knight as his backstory gets back-filled.  That's right--after 18 episodes of reckless womanizing, we discover that our hero was in a committed relationship just prior to donning a new identity as the highest-techest good guy of the whole 1980's!

Also baffle as the action unfolds with bristling scenes of phone dialling, wandering through offices, sitting down, staring silently, and gratuitous amounts of filler footage featuring KITT driving nowhere in particular!  Eventually, someone shoots a gun.  And an airplane blows up.  But mostly, we discover why corny dialogue and puns beat romance as the dominant base for 80's TV scriptwriting.  Sadly, the writers were just better at it. 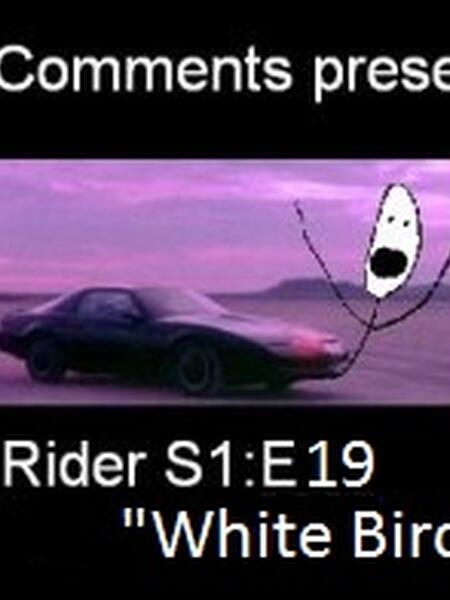