What’s really a wonder is how any audience could manage to sit through this painfully-long 2005 remake by Peter Jackson (Lord of the Rings) without the benefit of an iRiff commentary.  If you thought the previous 1976 remake by Dino De Laurentiis was bad, you ain’t seen nothing yet!  Jack Black and Naomi Watts co-star, along with Adrien Brody’s nose, and more CGI dinosaurs and bugs than you can shake a banana at, plus the King himself (and we don’t mean Elvis).

LAWRENCE WOOLSEY presents this first installment of FANBOY SCI-FI THEATER, while DAN ANGELO and his robot pals—TIM GIZMO and ART T. ROBOT—provide the commentary, making this iRiff more fun than a barrel of (giant) monkeys! 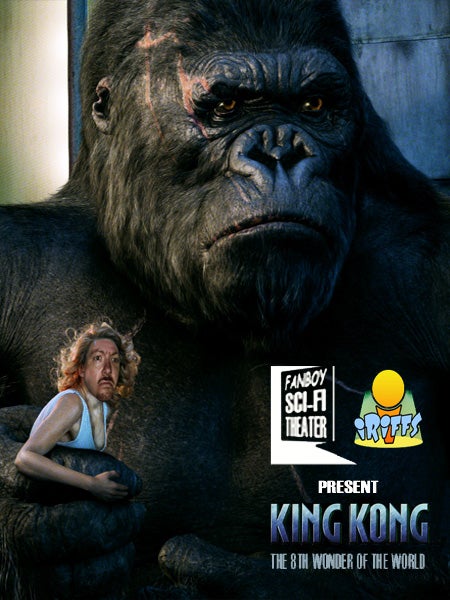