If you need a break from Japanese movies featuring actors in giant rubber monster suits, then try "Warning From Space" which is a Japanese movie featuring actors in giant starfish costumes. The giant starfish apparently plot our demise, but prove to be the peaceful sort who use an earth scientist's powerful formula together with their own ISO certified mass production to prevent a giant meteor from slamming into earth and roasting old guys. This isn't your average space monster picture as bad guys turn out to be good, nuclear weapons are praised, and the alien's suits look like they'd make really comfy pajamas. Watch all the fun with "Just Andrew" in is full-length movie debut!

Contains both the video and audio tracks, skillfully merged for your convenience! 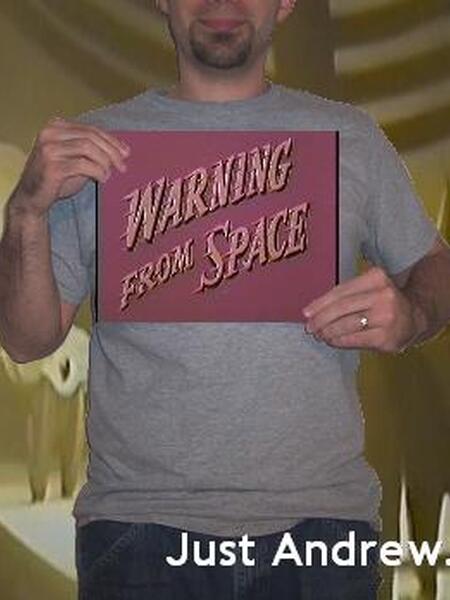