Jetrel! This is a completely original episode where an alien species has developed a nightmarish  weapon that they use during war-time to completely vaporize anyone within a radius of many miles and  make others who are outside the blast zone deathly ill. Can you believe some aliens?!

Anyway, most previous ST: Voyager riffers are terrorized by the uber-intimidating Captain  Janeway, and rightly so. However, I must admit that I find her rather, how shall I say, alluring.  Somehow I imagine that being sent to sick bay after multiple bruises and lacerations were  administered by her able hands after I asked her out would be the best time of my life. Siiiiigh...

Oh, sorry. This episode also stars James Sloyan, who has donned the Trek makeup quite a few times  before and who was also the voice of Lexus for a while (a fact I make minimal reference to in this  iRiff).

So, join with me, Trek-virgin "Just Andrew", as we seek to rule the galaxy as father and son! (That's right, isn't it?)

Many thanks to "Ice on Mars" for asking me to be a part of the fun. Don't forget to pick up the previously riffed ST: Voyager episodes. However, none of them can ever love you like I can, Captain Janeway. 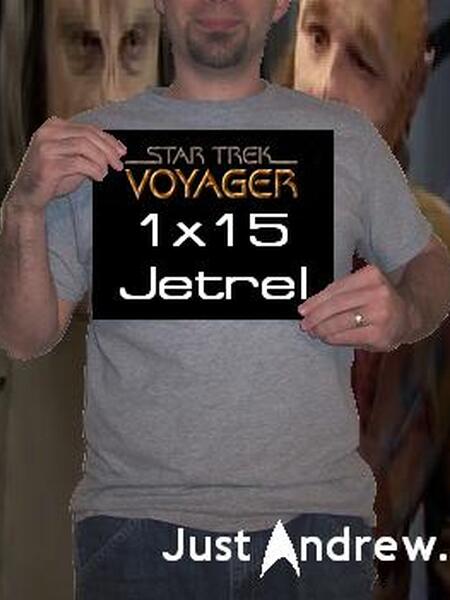