David Rice (Hayden Christensen) has discovered he can teleport anywhere and wouldn't you know it, people want to kill him! Folks just aren't as accepting of Jumpers as they used to be. Despite the advice of legal council, David continues forward in a plot full of more holes than a mini-golf course littered with swiss cheese. The "talented" and whiney Christensen brings a performance that will leave you saying, "Did he just fart or was it acting?"

So, in short, I'd like to conclude by saying this iRiff is funny. But you don't have to take my word for it!*

*Actually, I guess you do. Sorry. 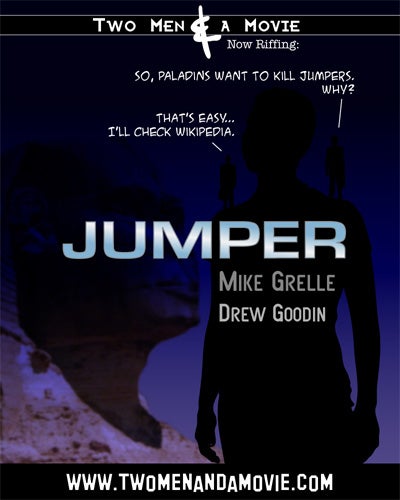