The Old West!  It was back when times were tough, the land was harsh, vigilantes were unforgiving and outlaws… were apparently pretty nice guys!  Jesse James is the perfect gentleman, quick-witted and soft-spoken, who is wanted by the sheriff of every town in the West.  It’s hard to figure out why—everybody seems to like him!  Sure, the guy might have hit a stagecoach or two, but he’s just so darned charming!  Those stagecoach drivers would probably have just handed over the money if Jesse had just asked.

In keeping with its dedication to historical accuracy, Jesse James Meets Frankenstein’s Daughter depicts one of the most legendary conflicts in American lore.  The legendary gunfighter goes up against Maria Frankenstein, a power-hungry babe with a PhD in Undeadology.  If Jesse doesn’t stop her, and put and end to her corpse-reviving, the West will be overrun by terrible monsters!  Even worse, it’ll mean a sequel to this crappy movie!

To check out my other projects, look me up at http://www.aaronbossig.com 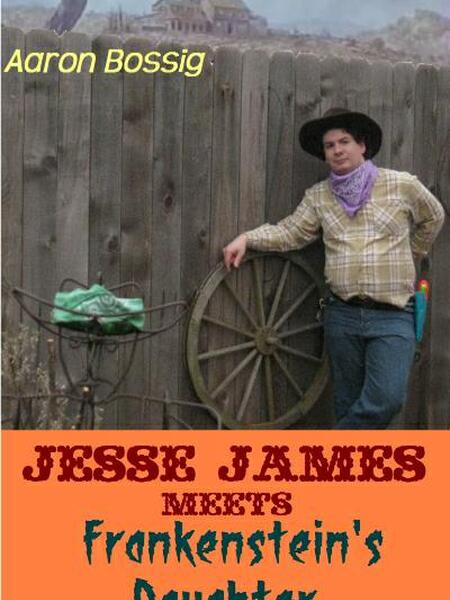