...thankfully, this 80's educational short on bus safety has absolutely nothing to do with that.

Once again join Commander Rick Wolf and his mischievous robot pals as they watch the short that at last answers how to rid yourself of an overbearing ghost girlfriend.

Ghost Rider tells the story of Kevin, a nerdy new kid at a school attended by slightly less nerdy kids.  Kevin is soon forcibly begirlfriended by Tracy, the pushy Ghost of Bus Crashes Past, who herself was burned alive in a horrible bus accident.  Kevin's new house used to be Tracy's, but in lieu of bleeding walls and gravestones jutting through the floor, you'll be delighted by thrilling scenes of Kevin doing his homework!  You'll be enthralled as you watch Kevin try to bulk up his dweebish physique!  Somewhere in there, there's some stuff about what to do if you're in a school bus accident, but we urge you to ignore it.  A real, live junker school bus does go off a cliff though!  That's fun!

However, sadly, this film leaves the question as to why school buses don't have seatbeats hauntingly unanswered.

This short includes the witty writing of Rifftrax's own Josh Way, and please welcome Gregory Wyatt Tinnen as the new voice of Topsy-Bot 5000!

Come join the comminity at ICWXP.COM and on MySpace! 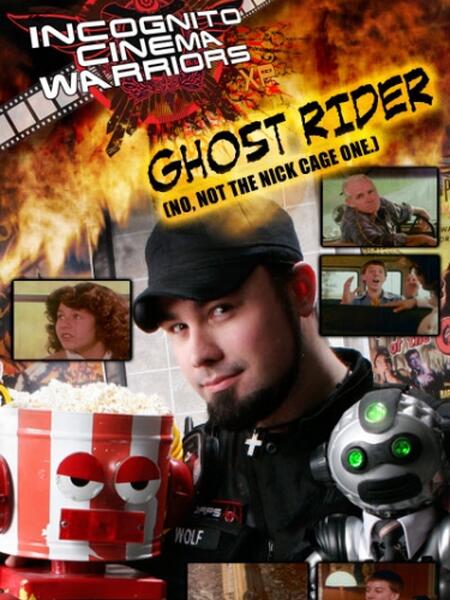