The short film everyone is talking about... but no one is giving away its secrets.  Billy Martin is one of the "cleaniest" and "happiest" boys in town.  How he got that way is a dark, urban fairytale about a grown man in a soap costume visting a young boy.  On the other side of bubblebaths, compulsive hand washing and a tangent about meat inspection, lies a terrifying horror story.

Unpleased with the prospect of yet another robotic roomate, Rick whips together an unlikely weapon and once again marches outside the theater to face the undead horde.  What he discovers might bore you.  Johnny & Topsy get Flux caught up on pop culture fails since his abandonment in the 80's. 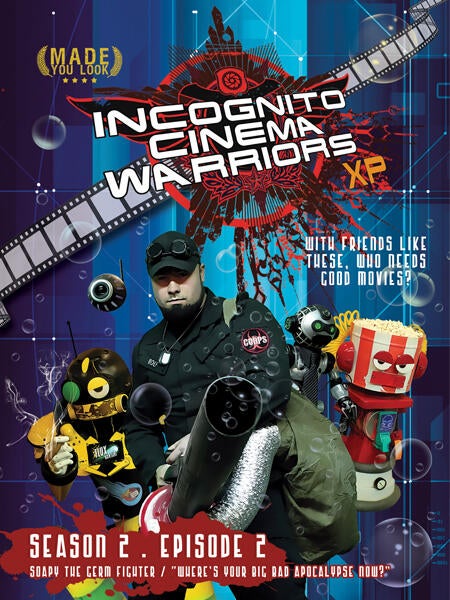