Jane & Dick Holder (what are you snickering at?) are two average children.  At least, that's what the Germans would have us believe.  Turns out, there's no fun at all to be had with Dick & Jane.  The two of them are forced to toil the fields on their family's WWII-era Victory Garden.  That'll show those Nazi Bastards.

ICWXP - "Wake Me Up Before You Decompose"

It's been five long years of bad movies since Commander Rick Wolf first arrived at Cine-A-Sorrow Theater, but as far as he remembers, it's only been five days.  After Topsy & Cylon launch a rescue to free him from his imprisonment below the theater, Rick awakens to discover his "FML" situation has gone from bad, to bad bad bad.

Squee at the new Sci-Fi-Horror Comedy laughs as the world of ICWXP opens up wide in this, the first in a new series of story-driven episodes. 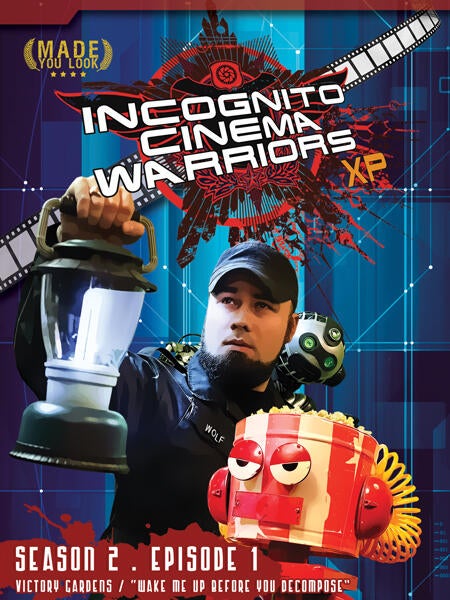