Much like how in The Godfather the word "Mafia" is never actually spoken, in the Twilight saga's New Moon, neither the words "furry" nor "bestiality" are ever said by any character, BUT it is what the entire premise of the film is about. Admittedly, most of the world doesn't really "get" the appeal of being a furry, and Bella is no exception. Jake is a nice enough boy, but once he starts putting on his wolf suit, she accuses him of being "wrong" and quickly runs back to her abuser boyfriend, Edward, who jaunts off to Brazil, where adult prostitution is legal (though he claims this is not germane to his reasoning for leaving). Jake is determined not to be judged for one aspect of his personality, and stages a shirt strike along with his "pack" to ensure people understand the seriousness of their cause.

Back from the original Twilight riff we have Michael T "ubiquitous" Bradley and Kaisha "I hate you so much, Michael" Medford. Also, as "Ari Dennis," New Moon features the voice talents of Ari "wanna do it with a wolf?" Dennis and Christopher "I just got married!" Alderman.

Our end credits/outtakes montage uses a modified version of the song "RDC lalala y'a des gens qui dansent." from Flex Blur. It's copyrighted under a "copyleft" Creative Commons Attribution-ShareAlike license, info on which can be found here.

As necessitated by the license, I cannot charge for something that I use one of their songs in, but I can modify and redistribute it, SO the end credits are NOT part of what you're buying (though they are tacked onto the end of the MP3 just for ease of listening/reauthoring) and can be downloaded for free here.

I'll warn you, though, if you haven't listened to the riff, most of that won't mean anything and/or make sense (listening to the riff does not GUARANTEE either of these things, either, of course...); I would recommend going to OpSound and checking out the tons of cool free stuff there if you want something cool to listen to for free, but you are of course welcome to our remix as long as you follow the rules of the license.

Please note: This track is somewhat explicit, so parental advisory is in place. It's, I would say, about equivalent to an adult swim show, so like a TV-14 or TV-MA. 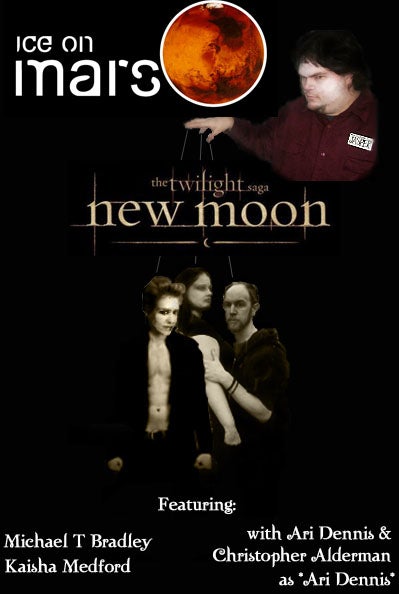