Hi I'm JK and this is my iRiff: Linda's Film on Menstruation

Hi I'm JK and this is my iRiff: Linda's Film on Menstruation

Linda's Film on Menstruation tells the story of a 15-year-old girl who is not named Linda, her 45-year-old teenaged boyfriend, her first period, and the pointy cartoon health teacher who gives her advice from the television. "Sure," you're saying, "that sounds fun. Menstruation and being unable to distinguish fantasy from reality are two of my favorite things." Well you know what, it WAS fun: good clean sanitary fun! Unfortunately, I mucked up that whole "clean" part when I added all those jokes about boning, so you're just going to have to enjoy those instead. 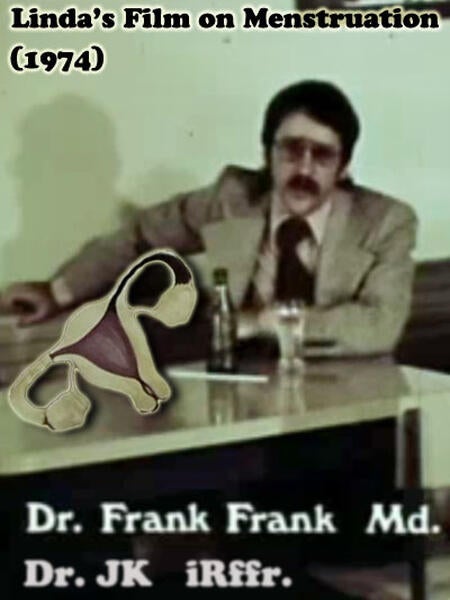