Halloween is a time of mischief and fun when you cosplay as a Hammer Monster or the latest breakfast cereal mascot and gorge yourself on enough sugar to power a nuclear sub. Or at least it used to.

This PSA was created in the late 70's in response to all the fears parents had that their children had the balancing abilities of Peter O'Toole at Oktoberfest and were collapsing all over the roads in the town of eternal darkness. And who can forget all those razor blades/syringes/hand grenades that were never actually hidden in Halloween candy. Well this short sure can't.

Even dressing as a simple witch is banned by the Anti-Fun police and instead suggest you dress your child as something a bit less politically correct.

Check out Halloween Safety and afterwards strap on a gimp mask and run through your neighborhood down the middle of the road munching on raw apples laced with strychnine to celebrate the classic Halloween.

"You guys, fantastic job on "Halloween Safety". REALLY funny!!" - an awesome lady (who isn't my Mom, I swear). 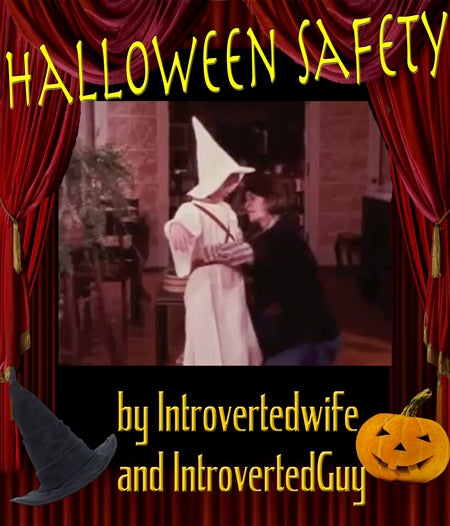