Insert Coin(s) to Continue presents his sure to be worst selling track of all time! That's right -- Ryan is riffing a film so rare, Netflix doesn't even have a copy of it. For you Gamera completionists out there, though, here you go. A healthy, steaming portion of Gamera: Attack of Legion ... or is it Advent of Legion? The film decides to change names somewhere between the boxart and the title screen.

Watch your favorite flying turtle on his greatest* adventure yet. A legion of blood-thirsty insects has landed on Earth, and in true Power Rangers fashion, they assimilate to form a giant monster to stand against Gamera ... and there's a giant flower in there somewhere. I don't know, I wasn't really paying attention. All you need to know is: it's weird, the voice acting is still terrible, and there's a Japanese scientist wearing a pink, poofy, femmy jacket! What more could you ask for in a film?

This is part two of the Gamera Heisei trilogy 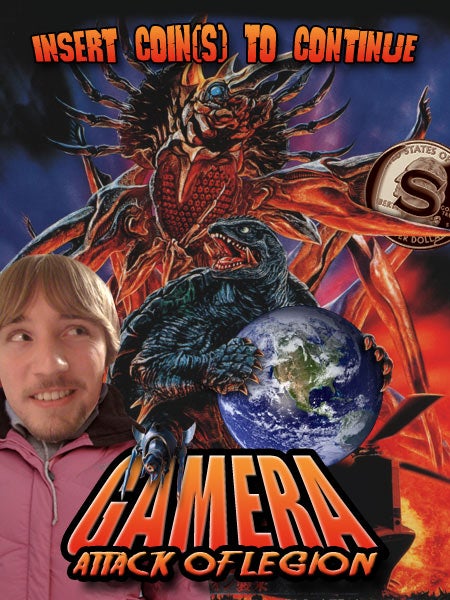