Product placement has been in movies for a long time.  Want to promote your sunglasses?  Show them off in a Will Smith movie.  Want people to try your candy coated peanut butter candies?  Prominently display it in an over rated movie about a stranded alien.  Want to promote your gaming console?  Make a movie that revolves around it.  Yes Nintendo took product placement to a whole new and shameless level by making a 100 minute Nintendo commercial starring Fred Savage all to promote a bad peripheral device and Super Mario Brothers 3.

The Wizard is a movie about a boy (Fred Savage) who abducts his little brother Jimmy from a mental institution to take him to California.  Along the way they meet a girl named Haley (Jenny Lewis) who notices Jimmy is very good at video games (after watching him play one game).  She suggests that Jimmy be entered in a video game competition that just so happens to be in California in about a week.  What an astounding coincidence!  The prize, $50,000!  Well what's a little brother for if not to win $50,000 for you?  The three kids then hitchhike their way across the country getting rides from truckers who don't have enough common sense to question three children hitching rides on the side of the road and call the police.  Pursuing them is a sleazy bounty hunter (I guess that's what you'd call him) being paid to bring Jimmy home.  At the same time the boys' Father (Beau Bridges) and brother (Christian Slater) also trek across three states to bring the boys home.

Come along for the ride as Scott takes on a movie that teaches kids that if you run away from home you might just win $50,000! 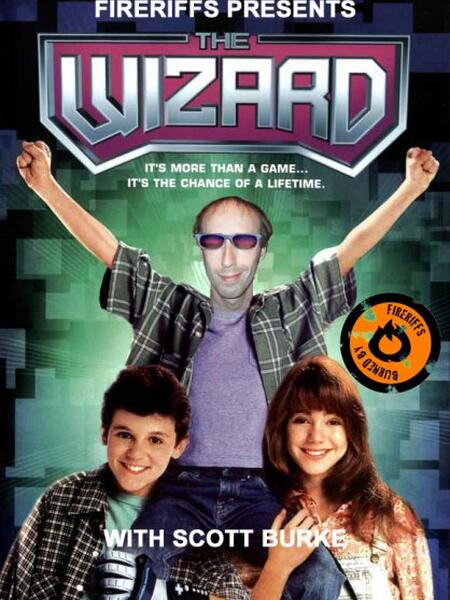