If a princess were to visit the United States, one would expect her to be flanked by several armed gaurds sworn to defend her with their lives right?  Well one would be wrong apparently.  In chapter 1 of The Return of Chandu, the princess Nadji of Egypt has come for a visit to Bel Air, California with absolutely no protection whatsoever.  Of course this makes her easy pickings for the evil Clan of Ubasti.  They have decided to kidnap her and make her a human sacrifice to ressurect the queen of a long lost continent where black magic was born.  So who will protect the princess from these evil men?  Why a magician of course!  What do you mean that sounds stupid?  I'll have you know magicians make excellent body guards.  Try to get past them and they'll swiftly best you by pulling a quarter from your ear!  Yes the magician Chandu will come to her rescue from these evil people... somehow.

So join me as I riff the first chapter of this 1934 serial starring Bela Lugosi as Chandu the Magician.  Then come back each week for the next chapters, each riffed by a different riffing group of the Return of Chandu Crossover project available at http://www.rifftrax.com/iriffs/return-chandu-crossover-project . 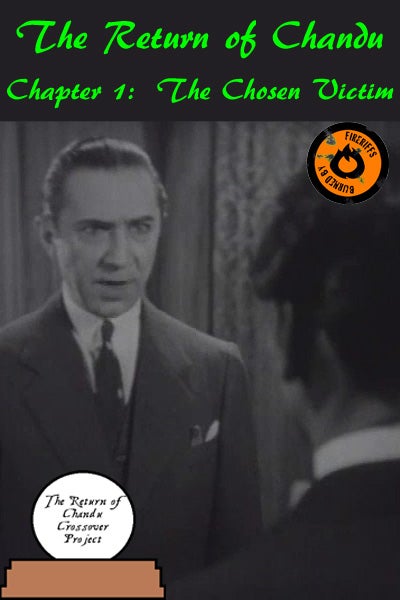