Chapter 6 of the Phantom Empire finds singing cowboy Gene Autry about to be executed for seeing the underground city of Murania.  Luckily (or not) Gene is spared by an underground movement (Get it, underground? I think I'm funny) to overthrow Queen Tika.  But Gene's rescue is not a benevolent act and he is soon on the run from a bunch of men in silly hats.  Oh, and there's something about some disaster from the skies but that's not important.

Check out the rest of this 12 part serial riffed at http://www.rifftrax.com/iriffs/phantom-empire 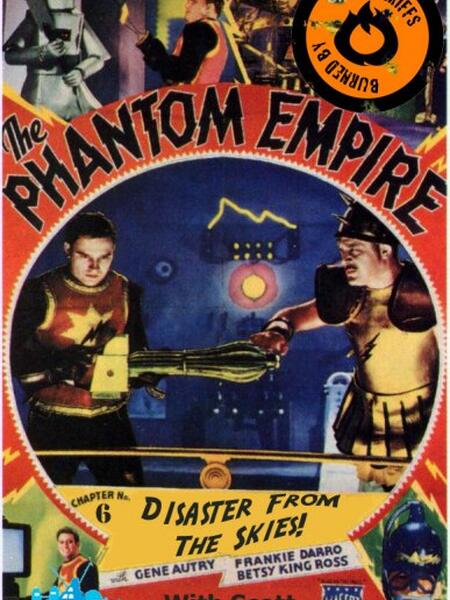 Pirates of the Caribbean: Curse of the Black Pearl - on sale now! Deal expires 9:05am PST January 15, 2021
View all current offers