FireRiffs Presents: Doctor Who The Movie

FireRiffs Presents: Doctor Who The Movie

The date is December 31, 1999.  An enormous danger looms that threatens to destroy the earth.  No, it's not the Y2K bug, it's The Master!  The who?  For those of you not familiar with Doctor Who, the Master is the Doctor's rival Time Lord?  Doctor who?  Ha ha, you're funny. What's a Time Lord?  Look, if you don't know I don't have time to explain it to you here.  Go read the Doctor Who Wiki and get yourself caught up.*

The Master has been executed for his long list of crimes but somehow manages to sabotage the Tardis, forcing the Doctor to land on Earth.  Once there he hijacks a human body and begins work on stealing the Doctor's body, which is more suitable to him than the human body he's stolen.  Well wouldn't you know that in order to do this the Master has to open the poorly named Eye of Harmony which now threatens to suck the Earth inside out if the newly regenerated Doctor (did I mention he gets shot and then an inept doctor kills him in surgery?) doesn't get it closed toot sweet.

So the Doctor and his new companion, Grace, the inept Doctor who killed him, race against the clock to stop the Master and his dumb as a post side kick Chang Lee, from accomplishing their goal.

Can the Doctor stop the Master in time?  Well, seeing as we're now three Doctor's along since this one I guess that's kind of a silly question.  How much ridiculous crap will this movie try to introduce to the show's cannon?  Okay, it's just two ridiculous things but they're really stupid.  Join me as I riff this sad attempt at re-launching this British show in the US.**

*Actually the movie requires little to no knowledge of the long running show's cannon to follow so you should be fine.

**Airing opposite the Rosanne series finale probably didn't help much either. 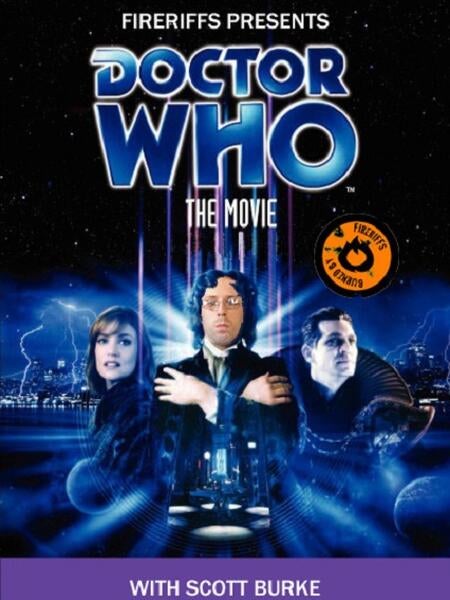