UPDATE!  We've now added a second copy of the movie for the same low price!  A new "Filmmaker's Commentary" track by the writer and producer of Final Archive explains some of what we went through in making the film and lays out some of the pitfalls new filmmakers can run into so you'll never have to make a movie this bad!  Two commentary tracks, one funny and one educational ... all for one crisp dollar!

6 years ago, I raised a bunch of money to make a science fiction short film entitled "Final Archive."  There were only three problems with doing this:

1) I didn't know what the hell I was doing as a writer.

2) I didn't know what the hell I was doing as a filmmaker.

3) I didn't know what the hell I was doing as an editor.

The end result was a movie so bad I swore I would never let anyone see it EVER.

Until Rifftrax came along!

Final Archive is the quietly pretentious short film about a space station that looks like an office building, special effects that would make Stargate Atlantis blush, and accents getting more brutalized than when Dick Van Dyke insulted the entire United Kingdom in Mary Poppins!

Final Archive!  "We made a movie so bad, we had to riff it ourselves!"

Join the only all woman riffing team 3HotRiff as we take on the worst science fiction short film of all time!

PS. Did I mention that one of my 3 riffers, Vanelle, was IN this movie?  Heh.

PPS. I own the full rights to this movie so if you lose your minds and decide YOU want to take a crack at riffing it, contact me through the Rifftrax Roundtable message board!  There is no charge to riff this horrid movie, all I ask is that you link to this page when you sell your riff. 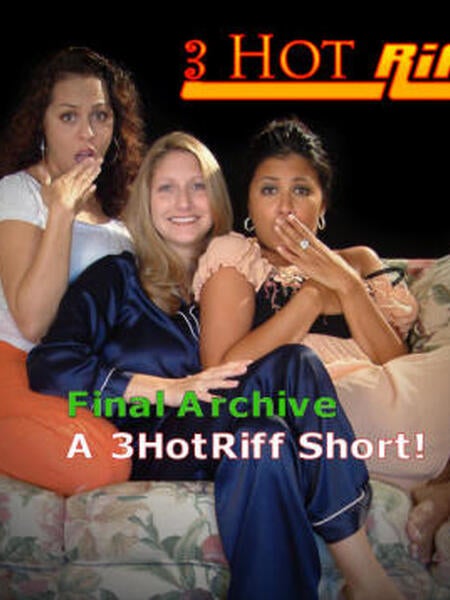