"The gun is good. The penis is evil."

I doubt there is a single soul who doesn't remember the first time they saw the iconic photograph of Sean Connery standing on a beach, brandishing a pistol, sporting a date-rapist moustache and dressed in an outfit so revealing that even Freddie Mercury would have been hesitant to wear it. Zardoz has a legacy even more notorious in scope than it's ambition as a 70's sci-fi that was intended to be what can only be described as "mind-blowing" but resulted in a confusing mess of an art film full of disjointed scenes that drag for lengths barely contested by those of Manos: The Hands of Fate. As far as I can tell, we're the first to embark on this painful and dangerous task, at great risk to both our souls and our sanity. Some people consider the movie far too interesting to riff, but we say unto them, "The iRiff is good. Zardoz is evil. Now go forth and watch. FilmRoasters has spoken."

This track will synch with both the DVD and Netflix streaming. 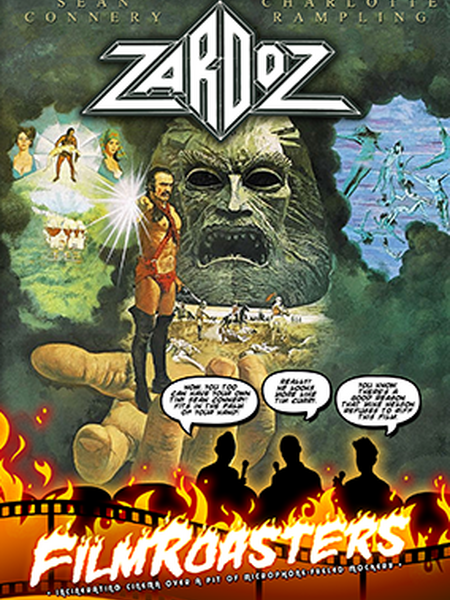