Film Is Pwn Presents: Moon of the Wolf VOD

Film Is Pwn Presents: Moon of the Wolf VOD

Look out, friends and fellow bad movie lovers - there's a killer on the loose in the bayou, and he has it in for some inbred hicks!  If that's not enough for you, what if I told you the killer is a werewolf?  Still not enough?  All right, demanding consumer, how's this for a hook: The killer is also left-handed!  (One might say he's a "southpaw," so to speak.)  David Janssen (The Fugitive) stars as the smalltown Sheriff who has to track the furry killer down even as he courts the sexiest senior citizen in Louisiana and protect the wrongfully accused wild dog population from the trigger happy yokels.  Yes, all that and more in this 1972 made-for-TV "classic" Moon of the Wolf!

Join Film Is Pwn's resident riffers Brian Alterman and Daniel Roos for this Nixon Administration-era cheesefest.  You won't believe some clueless studio executives let this cinematic gem slip into the public domain.  But their loss is your video on demand gain - download the movie and commentary for one low, low price. 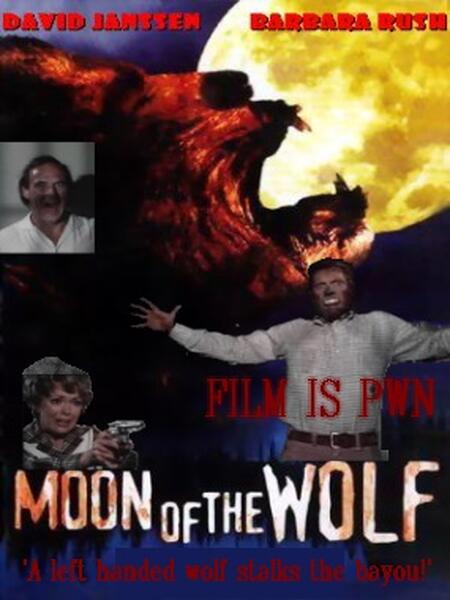