We’ve all wanted to do it, but only one scientist had the guts, the brains, and the free time to pull it off: Build a radio to talk to a disease, namely tuberculosis.  In this educational and edifying short film, a scientist builds a radio to talk to Mr. Teebee, a shockingly cute yet evil cartoon germ (complete with top hat and cane!).

Will the scientist eradicate tuberculosis once and for all?  Will Mr. Teebee live to see another liver?  What does Mr. Teebee have to say about health care reform?  If Mr. Teebee were a tree, what kind of tree would he be?  Join Tom Stephens, Brian Alterman, and Daniel Roos from film.isPwn.com and find out! 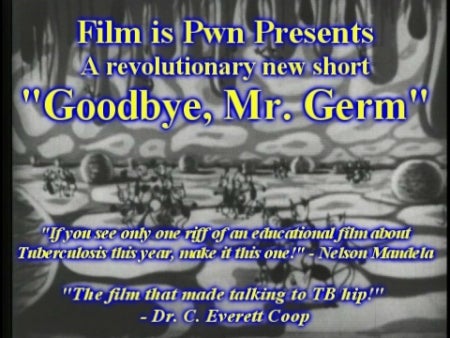